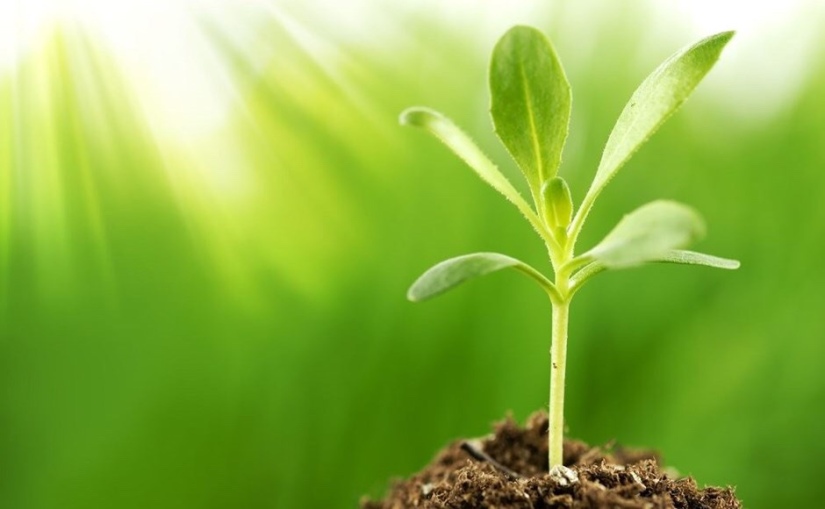 “Listen! A farmer went out to plant some seed. As he scattered it across his field, some of the seed fell on a footpath, and the birds came and ate it. Other seed fell on shallow soil with underlying rock. The seed sprouted quickly because the soil was shallow. But the plant soon wilted under the hot sun, and since it didn’t have deep roots, it died. Other seed fell among thorns that grew up and choked out the tender plants so they produced no grain. Still other seeds fell on fertile soil, and they sprouted, grew, and produced a crop that was thirty, sixty, and even a hundred times as much as had been planted!” Then he said, “Anyone with ears to hear should listen and understand.” Later, when Jesus was alone with the twelve disciples and with the others who were gathered around, they asked him what the parables meant. He replied, “You are permitted to understand the secret of the Kingdom of God. But I use parables for everything I say to outsiders, so that the Scriptures might be fulfilled: ‘When they see what I do, they will learn nothing. When they hear what I say, they will not understand. Otherwise, they will turn to me and be forgiven.’ ” Then Jesus said to them, “If you can’t understand the meaning of this parable, how will you understand all the other parables? The farmer plants seed by taking God’s word to others. The seed that fell on the footpath represents those who hear the message, only to have Satan come at once and take it away. The seed on the rocky soil represents those who hear the message and immediately receive it with joy. But since they don’t have deep roots, they don’t last long. They fall away as soon as they have problems or are persecuted for believing God’s word. The seed that fell among the thorns represents others who hear God’s word, but all too quickly the message is crowded out by the worries of this life, the lure of wealth, and the desire for other things, so no fruit is produced. And the seed that fell on good soil represents those who hear and accept God’s word and produce a harvest of thirty, sixty, or even a hundred times as much as had been planted!””

One should be careful where they plant themselves.

You will reap what you sow.

The plant itself may make you happy momentarily, but when it dies, and it surely will, you will be left to sow death.

I love how Jesus broke this down so plainly for our daily lives.

It matters more than we think where we sow our seed.

Someone who’s planted where God wants them and is planted in His word, will yield that fruit in more than just one area of their lives. It’ll pour forth out of them, and it’ll be undeniable to those around them. It’ll show the word of God in truth and His kingdom at hand.

Someone who’s not planted where God wants them, will surely reap the crap benefits of those choices and decisions, and the LACK of fruit will show. It’ll be undeniable that they are not planted in the fertile soil, because their lives won’t reflect His word or His kingdom.

Food for thought on this lovely Wednesday afternoon.

View all posts by RootedWithinHim